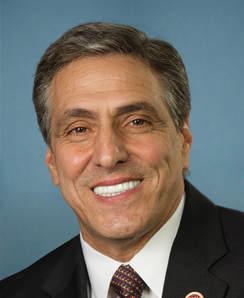 Running for the United States Senate is the last thing Lou Barletta ever expected to do.
As a kid, Lou hated politics. Lou grew up working in his family’s road construction business, but dreamed of playing centerfield for the New York Yankees. The first in his family to attend college, Lou took a break from studying Elementary Education at Bloomsburg State College (now Bloomsburg University) to tryout for the Cincinnati Reds, but was sent home when the coaches figured out that he could not hit a curve ball.
Lou returned to school before re-joining his family in road construction. One day, Lou got a card in the mail advertising a kit for striping parking lots. For $29.95, Lou and his wife, Mary Grace, sent away for the materials and started a small line-painting business. In five years, they turned that little company into the largest of its kind in Pennsylvania, and when they sold the company, it was the sixth largest of its kind in the nation.
Frustrated with the direction that local politicians were taking his hometown of Hazleton, Lou successfully ran for City Council before being elected mayor in 1999, in a city where Democrats significantly outnumbered Republicans.
As mayor, Lou inherited a $1.2 million budget deficit. In two years, Lou turned that shortfall into a $500,000 surplus. In 2004, the White House appointed Lou to represent the United States on the United Nations Advisory Committee of Local Authorities, and in 2008, the Pennsylvania State Mayor’s Association voted Lou Pennsylvania’s Mayor of the Year.
Lou gained national attention in 2006 when Lou drafted, introduced, and signed the first local ordinance in the nation cracking down on illegal immigration. Lou’s law has served as a blueprint for other communities across the United States facing problems with illegal immigration.
In 2010, Lou defeated a 28-year incumbent Democrat to represent Pennsylvania’s 11th Congressional District. Lou currently serves on the House Transportation and Infrastructure Committee, where he is Chairman of the Subcommittee on Economic Development, Public Buildings, and Emergency Management and has saved the taxpayers nearly $4 billion by cutting waste and reducing the size of federal real estate; the Committee on Education and the Workforce, where he has been nationally recognized for his bipartisan work in support of afterschool programs; and the Homeland Security Committee, where he has continued to lead the fight to secure our borders and enforce our immigration laws.
A father of four daughters and proud grandfather of eight grandkids, Lou is running for the United States Senate to make sure that the same American Dream he experienced is alive for the next generations of Americans. 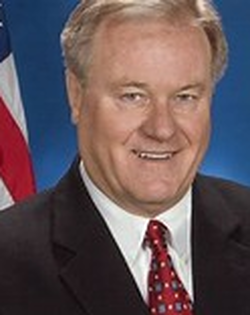 What could someone who grew up shoveling horse manure, who chose work over college, possibly do for the state of Pennsylvania? It’s a question perhaps best answered by the families that have benefited from the thousands of good paying jobs he’s created, or the recipients of the more than one million paychecks he’s issued. Or perhaps it’s a question best answered by the untold numbers of individuals and organizations which have benefited from his great compassion and generosity.
Meet Scott Wagner, once a farm boy, now a successful businessman, State Senator and candidate for Governor of Pennsylvania.
Scott credits his relentless work ethic to growing up on a family farm… and to his hard-working parents who insisted on the importance of showing up and being counted on. He credits his business success to this as well — and also to what he describes as “a persistent desire to execute on his ideas.” Even as a school student Scott would anxiously watch the classroom clock waiting on the bell that would release him back to the farm, or to his uncle’s construction business, where he worked to earn money. And while Scott is a staunch advocate of education, for him a year in a college classroom was enough. A restless and fearless Scott Wagner was too anxious to get out into the business world and test his ability to meet the challenges associated with taking vision from concept to reality — a challenge he embraced by starting his first business enterprise at 19 years old.
40 years later, a straight talking, blue-collar Scott Wagner is owner of several successful enterprises including Penn Waste — one of the largest and most innovative (and cleanest) recycling plants in the nation. It’s one of several successful businesses Scott conceived and built from scratch, starting with vision and ambition and carving it out with unyielding determination. And Scott did whatever it took. He drove the trucks. He was the mechanic, the book keeper and the salesman. He even cleaned the restrooms — and successfully steered his businesses through several tough recessions. Scott says he’s been able to succeed because he’s always been that person who sees what needs to be done, and he does it — another lesson he credits to the family farm.
In 2013, Scott took Harrisburg by storm with his historic Senate campaign. In a word, Scott Wagner is a “doer,” which is why when Scott got fed up with the broken system in Harrisburg, he set out on a mission to get inside the legislature and do the work that needed to be done. In 2013, he launched an unprecedented Senate campaign, and made Pennsylvania history when he won the first ever legislative seat as a write-in candidate. And that was just the beginning.
It was also clear that Scott’s agenda had little to do with passing more laws and everything to do with changing the culture. And it wasn’t long before people started noticing that Scott Wagner was a man on a mission. Scott started seeking answers to questions no one else was asking — about government spending, management and accountability. He refused to accept silence. When his actions elected the first veto-proof majority in the Senate since 1949, many stood up and took notice. And recognizing that Scott is a fighter and a doer who would fight for them, many insisted that Scott Wagner should run for governor — and they would get their wish. After just a few years as a state senator, Scott understood that the work that needed to be done could not be accomplished by one senator, but it could be accomplished by one governor — a governor who is a doer. in January of 2017, Scott announced his candidacy for governor. 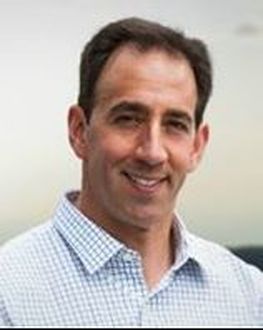 In November 2017, Jeff Bartos joined the Scott Wagner for Governor team as the Lieutenant Governor candidate. In an era where the opioid crisis is devastating Pennsylvania families and family-sustaining jobs remain in short supply, Scott and Jeff are focused on restoring hope and opportunity for all Pennsylvanians. At town halls and meetings across the Commonwealth, Scott and Jeff are promoting economic policies that will help make the staples of a middle class life – home ownership, healthcare, and education – more affordable. They are also fighting for every child in Pennsylvania to have the opportunity to attend an outstanding school of their choice. Jeff is certain that Scott Wagner is the right leader at the right time for Pennsylvania, and he is proud to join Scott’s team.
Jeff is a proven business and community leader. Born and raised in Berks County, Jeff has been a Pennsylvania resident his entire life. Jeff owns a contracting company and several real estate acquisition and development companies active in the Greater Philadelphia market, and has previously served as a senior executive at Toll Brothers, Inc. and Mark Group, Inc.
Jeff and his wife, Sheryl, have two daughters, Emily and Sarah. Jeff and his family are deeply committed to community service. Their charitable work is focused on education and supporting at-risk children. In 2016, Jeff and his wife Sheryl led the fundraising to build a new kindergarten on an Air Force Base in Israel. Jeff has served on the Board of the Kimmel Center for the Performing Arts and is a leader in the Jewish Federation of Greater Philadelphia. Jeff supports the Foundation for Defense of Democracies, an organization dedicated to disrupting the financing of terrorist networks around the world.
Proudly powered by Weebly